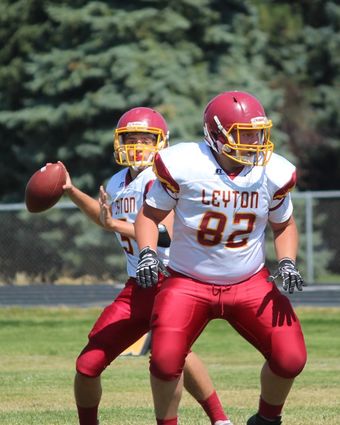 Leyton’s Warrior Football team hosted rival Bayard on Friday night, and a hard-hitting close contest turned into a convincing 50-to-24 win as the Warriors took control of the game in the second half.

The night started with a solemn remembrance on Patriot’s Day, with members of multiple area fire, police and veterans groups participating in a moment of silence commemorating the memories of all who were lost on September 11, 2001. After the ceremony, the game started and immediately the two teams were engaged in a battle.

The Tigers scored first when sophomore Trenton Marquez was able...