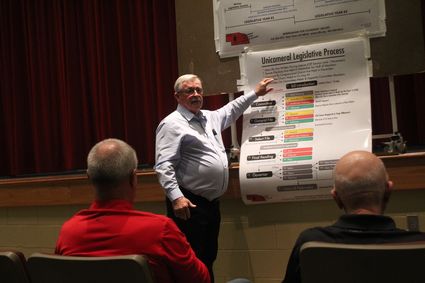 How does a bill become law in the state of Nebraska? What is the process for a citizen to be heard in the Legislature?

A public meeting was held Thursday, Sept. 17, at Sidney High School's Performing Arts Center by the Nebraskans For Founders' Values to explain the process of government in Nebraska.

The program was led by Mark Bonkiewicz, executive director of NFFV. The objective of the meeting was to explain the unicameral government process.

Before the discussion started, Bonkiewicz stressed the importance of being involved in the government process. He said about 13 percent of people are...