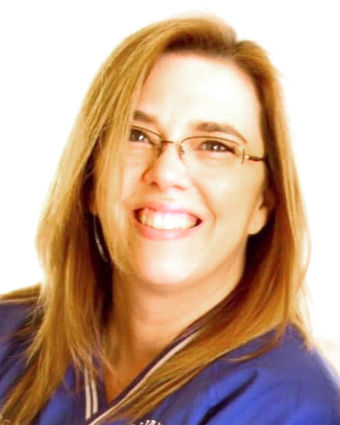 Darci Eileen (Jurgens) Dvorak, 47, of Alliance, NE, passed away on Monday, September 14th, 2020 in Denver, CO, where she was receiving treatment after a brave, three year long battle with cancer.

Darci was born on January 4th, 1973 to her loving parents, Melvin “Ike” and Jeanne (Teague) Jurgens. Darci grew up in the Panhandle of Nebraska where she spent the majority of her life surrounded by friends and family. Darci’s whole world would change when she welcomed her oldest son, Jacob Jurgens, into the world on January 4th, 1994. Being a mother was Darci’s single greatest joy on earth and was always her number one priority. On March 3rd, 2000, Darci said “I do” to her dedicated husband Bart Dvorak. Bart and Darci had two more beautiful children during their 20 years of marriage, Jayci and Jaden Dvorak. Darci was a dedicated, selfless mother and never stopped fighting for her children. In addition to being a faithful and attentive wife and mother, Darci was always a loving and intentional sister. She was extremely close with her older brother Aaron Jurgens, who always lightened her mood and found a way to make her laugh. She was a doting aunt and loved spoiling her nine great nephews and niece. In addition to loving her family, Darci also loved her dogs, Hazel, Jax and Sissy, and never missed an opportunity to spoil her grand-puppy Zeus. Darci was a sweet friend to many and took much comfort from her expansive support system in her hometown of Alliance.

Darci is survived by her husband Bart and three children, Jacob, Jayci, and Jaden; her older brother Aaron Jurgens and his family, as well as numerous friends and family near and far who will miss her dearly. Darci is preceded in death by her Father, Melvin “Ike” Jurgens and Mother, Jeanne Jurgens. Darci was strong in her faith and her family and friends take great solace knowing that her spirit and body are at peace and reunited with her parents who she loved and missed dearly.

Gehrig-Stitt Chapel & Cremation Service, LLC in Sidney is in charge of Darci’s care and funeral arrangements. You may view Darci’s Book of Memories, leave condolences, photos and memories at http://www.gehrigstittchapel.com.