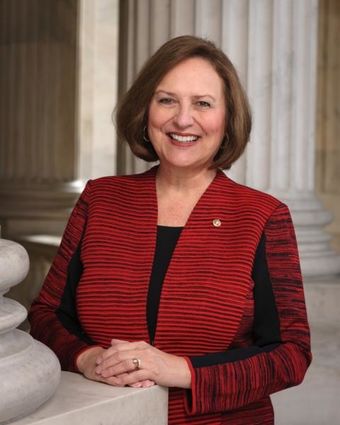 I was deeply saddened to learn that Investigator Mario Herrera, a 23-year veteran of the Lincoln Police Department, had passed away after being shot in the line of duty on August 26.

He was helping the Metro Area Fugitive Task Force and Gang Unit serve a high-risk warrant in Lincoln when he was critically wounded. Investigator Herrera leaves behind his wife, Carrie, and their four children.

Before his 23 years of service to the Lincoln community, Investigator Herrera served his country in the U.S. Army and his state as a carrier enforcement officer with the Nebraska State Patrol. He was respected and admired by his colleagues at every stage of his career, and his fellow Lincoln police officers knew him as a kind, empathetic man who cared deeply for his family, friends, neighbors, and the city he served.

A member of my staff who previously served alongside Investigator Herrera at the Lincoln Police Department agreed.

He told me that Mario brought a much-needed sense of humor to his work and that he was a beloved member of their team.

Investigator Herrera’s impact on the Lincoln Police Department and the broader community has become apparent in the weeks since he was wounded. The very next day, 150 people gave blood to Nebraska Community Blood Bank, and over 100 more followed throughout the next few days.

In addition to donating blood, Nebraskans have contributed over $150,000 to a GoFundMe that will help provide for Carrie and their four children while they continue to mourn their father and husband. Liberty First Credit Union’s Lincoln branches have also rallied to assist the Herreras during this incredibly difficult time. And after his passing on September 7, Lincoln PD set up a memorial to Investigator Herrera at 575 S 10th St, where members of the community can go to pay their respects to this remarkable Nebraskan.

Investigator Herrera had a servant’s heart – not just in his professional life, but in his family and community life as well. His family and friends have said they will miss his smile, his light-hearted jokes, and his commitment to his faith and to his church.

His funeral service was held on Saturday, September 12 at Pinnacle Bank Arena in Lincoln.

I was honored to be in attendance and to pay tribute to Inspector Herrera’s legacy, along with more than 1,000 other Nebraskans whose lives he touched.

Investigator Herrera’s family has asked that we remember him as a man of self-sacrifice, humility, and kindness. His beautiful service painted a portrait of a man who always put others before himself.

His commitment to his community, to our nation, and to his family represent the very best of Nebraska. Investigator Herrera leaves behind a legacy of courage that will inspire others for generations to come.

Bruce and I offer our deepest sympathies to his family during this difficult time.