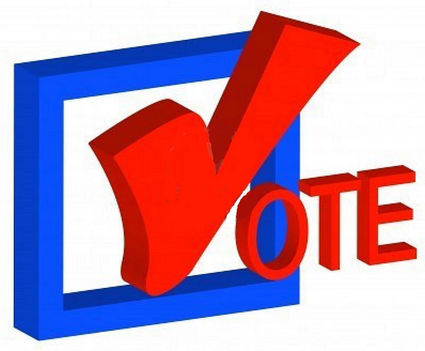 Voters will be deciding on several local races, including school boards, the Sidney City Council and a county commissioner seat.

Sidney voters will have two seats and three candidates for city council. Incumbent Joe Arterburn is seeking a return to office, as is Burke Radcliffe. Loren Hoekema has tossed his hat in the ring to unseat one of the incumbents.

The Sidney School District No. 1 School Board has two incumbents and one newcomer on the ballot. Incumbents Brad Kennedy and Kathy Nienhueser are on the ballot, as is challenger Matthew Wallace.

Voters will also see one county commissioner on the ballot. Randal D. Miller, Republican incumbent, is seeking a return to office.

The Leyton School District No. 3 School Board election will have one incumbent and five newcomers on the ballot. Kevin Henke is seeking to retain his seat on the board. New on the ballot are Samuel Schumacher, Susan Ernest, Roland Rushman, Earl Reilly and David Wiedeman. Voters will be asked to choose up to three.

Timothy Maas, Royce McConnell, Trustin E. Vrtatko and Bryan Herboldsheimer will be on the Potter-Dix District No. 9 School Board ballot. Maas, McConnell and Herboldsheimer are incumbents.

Voters will have to choose three board seats from four names on the Creek Valley District School Board election. Matthew Kingman and Troy Isenbart are incumbents and Todd Rust and Kevin Jacobs are challengers.

Potter voters will see two names, both incumbents for the Board of Trustees: Melanie Rotert and Edward Revord.