By Jake Gillham
Son of the Cowboy 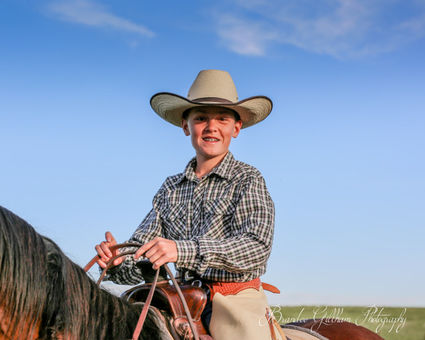 Several years ago (before the two youngest ‘pokes were even on the scene), my mama and dad thought it would serve us well to go to Red Feather Lakes for a camping adventure.

We ‘pokes applauded this idea heartily. This was practically a boy’s dream! Exploring the forest, sleeping in tents, chasing thieves, starting fires, and hunting moose and bears were all on our agenda.

A boy’s plan rarely is thought through beforehand, and usually when an idea occurs, we implement it immediately.

Our family loaded up our four-by-four truck with the essential supplies and off we went. My little brother thought it would be great to find a campsite with a stream nearby so we could run the rapids. Our minds raced with ideas of floating a raging river on a homemade craft.

The first site we drove into was littered with trash and the trees were pink with spray paint. We boys were disgusted and went around muttering things we would do to the vandals if we ever got our hands on them.

We later found an undisturbed site right next to a stream. Excited, we unloaded our supplies and had a great evening. Sometime during the night, I awoke and stood up in the tent. I discovered that my brother had somehow switched places with me. I was very frustrated and yelled for dad to come and put the villain in his place.

Dad never did execute justice on the infraction, and I decided that standing in the freezing tundra outside of my sleeping bag wasn’t worth it and decided to just go back to bed. I couldn’t have possibly gotten it mixed up, could I?

My brother and I went exploring early the very next day. My traveling companion saw a “giant white bear with huge claws and teeth.” We never found any tracks, though, but I still believe him.

We enjoyed lots of yummy camping food and discovering all of the sights and sounds of the great outdoors.

The next day our family went on a long hike. We went straight up the mountain and wound our way around back toward camp. I, in my vast knowledge of topography, tried to find my own way back. (I should have surmised that it wouldn’t go as well as I thought when I noticed the suppressed smiles.) I got so tangled up in branches that we nearly had to call a bulldozer and helicopter to get me out.

Now the stream was in our road to get back but there was a log tipped right over it, so we had to cross it to eat lunch. I easily ran across and I was almost to the other side when I heard a yelp. I looked back and saw that my little brother had fallen off of the log!

The stream was very shallow, of course, so there was no danger of him getting hurt, but what I saw next surprised me. The little ‘poke had defied all rules of gravity, physics, and such by hovering a few inches above the water, and hung onto the trunk like a grizzly bear.

He was no fool, so he took advantage of the little trick and Mamma and Dad flew to the rescue, saving him just as his grip was weakening. I’m ashamed to say I did nothing to help; I just rolled around on the ground laughing hysterically.

Our family still loved the time away, and we didn’t get too wet. Camping trips always make for grand adventures!