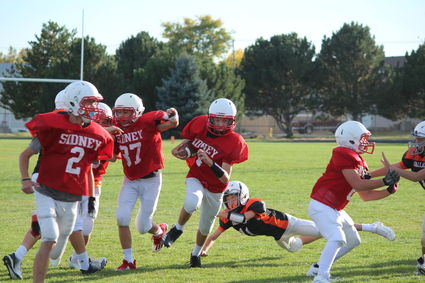 Junior High Successes: Sidney’s Alec Doty follows his blockers en route to a big touchdown run during the 7th Grade football team’s 60-0 victory over the Ogallala Indians on Tuesday Oct. 13. The 8th Grade team followed with a 28-6 victory over Ogallala. Both teams went undefeated on their seasons, and the 7th Grade team did not allow a single point in any game this year.