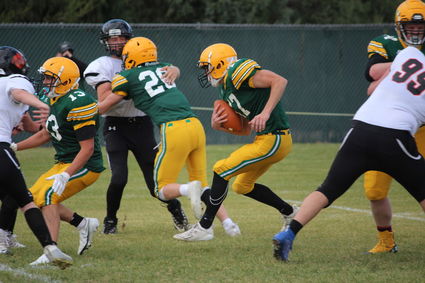 Peetz’s Bulldog Football team capped their Homecoming Week with a big win against Flagler, seemingly scoring at will against a Panthers team that only had six players suited up for the contest. It was a bit of payback for a big loss the Panthers handed the Bulldogs last year, a 72-to-27 rout in Seibert.

Peetz scored 20 points in the first quarter, then another seven in the second before the Panthers were finally able to get on the board with a touchdown of their own. Flagler junior Camden Bledsoe caught a long pass then was able to evade the Peetz defense and bring it all the way to the e...