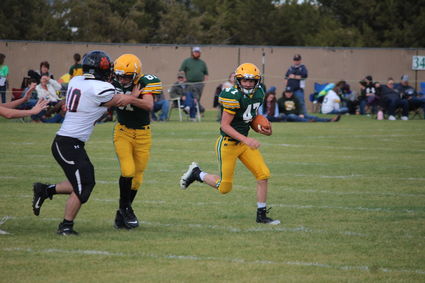 The Peetz Bulldog Football team hosted the rival Briggsdale Falcons Friday night in Peetz and came out on the wrong side of a 72-to-39 final score. It was a close and competitive game that the Bulldogs lost control of in the second half, handing them their first loss of the season.

Briggsdale started the game with the ball on the Bulldogs’ 35 yard line after a good kickoff return, and after a few plays senior tight end Layne Brown reeled in a six yard touchdown pass to open the scoring. Briggsdale then showed their defensive speed, shutting down the Bulldogs’ sweep attempts and forcing...