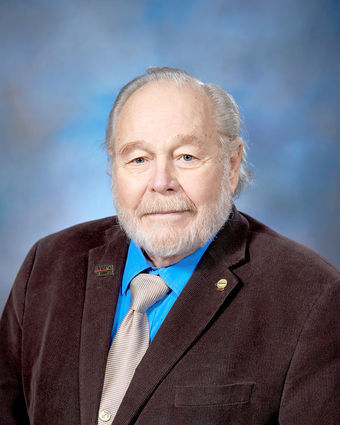 Bernie G. Fehringer, age 77, of Sidney, NE passed away Tuesday, September 22, 2020 at the University of Colorado Anschutz Medical Center with family members by his side. He had battled interstitial lung disease and leukemia for several years. Memorial services will be held at 10 A.M. Friday, November 13, 2020 at St. Patrick’s Catholic Church in Sidney, NE with Father Mike McDermott officiating. Inurnment will follow in the Greenwood Cemetery in Sidney. Cremation has taken place. Friends may stop to sign Bernie’s book and leave condolences for the family at the Gehrig-Stitt Chapel on Thursday from 1-6 P.M.

You may view Bernie’s Book of Memories, leave condolences, photos and stories at http://www.gehrigstittchapel.com.

Bernie graduated from Colorado State University with a B.S. Degree in Chemistry in 1964. He worked as a research chemist for Shell on the Rocky Mountain Arsenal in Denver. In December 1964, Bernie married Sharon (Hackett) Fehringer. For the next several years Sharon taught English in Aurora, while Bernie continued developing defoliating agents. Two of Bernie’s chemical processes were patented by Shell.

In 1967, Bernie entered CU’s law school at Boulder. 1969 was a big year for Bernie. He became a first-time father; his daughter Amy was born in early May. He graduated from law school in late May, passed the Colorado bar in late July, moved to Rochester, NY in August and began work as a patent attorney for Eastman Kodak.

He passed the New York bar exam in 1970 and became a registered attorney with the United States Patent Office in 1971. Bernie became an avid sailor, purchasing a Cal 20 fixed keel sailboat which he christened “Cold Shower” and raced in the Friday afternoon beginners class.

In 1972, Bernie accepted a position with Chevron in San Francisco, so the young family of three migrated to California towing the “Cold Shower”. They bought their first home in Marin County and settled down to enjoy suburban life and the birth of their second child, John Treinen. They were able to enjoy sailing year-round and free berthing at Chevron’s docks.

Bernie passed the California bar exam in June 1972. Looking out a second story window of his new home, Bernie could see cows grazing the slopes of Mt. Tamalpais, and the lure of his farm life memories increased while the frustration of a three-hour daily commute became unbearable.

By Christmas of 1974, Bernie had decided to return to Colorado and farm. He researched hybrid buffalo/cattle and selected four young Basolo Beefalo cows as foundation stock. “Cold Shower” was sold to help purchase the cows which arrived in Peetz before their new owners did. Cattlemen from Last Chance, Boulder, and Peetz helped create the Colorado Beefalo Association which exhibited Beefalo at the National Western Stock show for several years. Bernie sold boxes of frozen Beefalo meat locally and along the front range for nearly ten years.

Bernie & Sharon bought a farm near Peetz in 1975 living there for three years, until they sold it in 1978 to purchase a farm near Lorenzo. 42 years later, they were still living there when Bernie passed away.

Because of Bernie’s background in chemistry and his interest in land management and stewardship, he adapted his farming practices becoming an O.C.I.A. and G.O.A certified organic producer in 1995.

Bernie was first elected to the Wheat Belt Public Power Board in 1981 representing the South District. He served the board for 39 years, most recently as President. Bernie was also Wheat Belt’s representative on the Tri-State Generation board for 19 years and was appointed to be Tri-State’s Nebraska Representative on the NRECA Legislative Conference for 19 years. For four years Bernie was one of Tri-State’s representatives on the Trapper Mine, Inc. board. At the national level, Bernie was elected to two terms, or 8 years total, on the Federated Rural Electric Exchange in Kansas. Bernie was indeed a dedicated advocate of the Electric Cooperative movement and the value it brings to rural agricultural areas and its people.

In addition to farming, cattle, and electric power, Bernie loved flying airplanes. His first airplane was an old Cessna co-owned by four other student pilots who all received their licenses at the same time. He was a member of the local Civil Air Patrol Squadron. Another lifelong interest was guns. Bernie enjoyed helping with the Cheyenne County 4-H Youth Shooting Program, the Sidney Shooting Park, and the Fort Sidney Renegades. Throughout his life, Bernie enjoyed music. Bernie was an excellent pianist in his youth. Later in life he enjoyed playing clarinet in various musical groups in the Sidney area, most recently in the Sidney Community Band which performed at Chautauqua.

Bernie was preceded in death by his father George E. Fehringer of Peetz, CO and his youngest sister Kathryn Sullivan (Kevin) of Fort Collins, CO.