Feed for the Horses 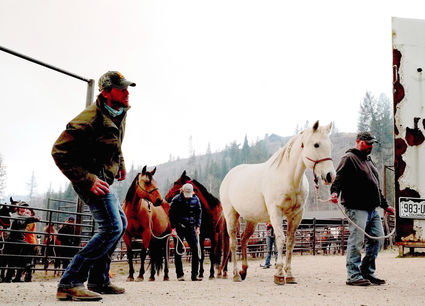 The news breaks interrupted the day like a thunder clap on a still day. Yet another fire was announced. This one generally between and west of the Cameron Peak Fire near Fort Collins, Colo., and the Mullen Fire in Wyoming near the Colorado border.

The Mullen Fire is 97 percent contained after burning nearly 177,000 acres. However, the East Troublesome Fire, in Grand County of Colorado, is near 194,000 acres and as of Nov. 12 was only 60 percent contained.

The high country of Colorado has a connection with the Panhandle of Nebraska.

Shelby Price recalls her youth in Grand County, the lush green valleys and the peaks surrounding them. Since the fire, her concern is also for the ranchers in the area and their livestock.

“I grew up on our family ranch by Parshall Co.,” she says. “Being raised in Grand County was one of the best things that's happened to me in my lifetime. I've been given a  foundation for a love of the mountains, livestock and a great work ethic. I was raised with the toughest of kids and was involved in 4-H, rodeo and many activities throughout my school years. I'm so very proud to still have the family ranch  and call it home.”

Since the announcement of the East Troublesome Fire, her heart goes to the 300 homes lost in the fire and the families who lived there, in addition to the hundreds of buildings.

“Watching the media coverage was just overwhelming. My place was on the edge of the pre-evacuation zone,” she said.

Her family's ranch is now a 40-acre remnant of its former state, but it is still her legacy in the mountains. Price and her family were blessed to not have the fires impact their ranch, although it was on the edge of the pre-evacuation zone.

“Many times I wondered if we would lose the ranch,” she said.

Her love for the mountain valleys and for the ranchers she knows in Grand County motivated Price to help those directly impacted by the fire. She contacted the Grand Lake town board with the hopes of loading a truck full of supplies to help the hundreds of people who had lost their homes. The people of Grand County got busy as rural folk do and had clothing, food and supplies donated to the families who had lost their homes in the fire. She added it seemed that people were getting what they needed. She was also given an address for people to send gift cards which would then be distributed to the people who had lost their businesses and homes.

One of the needs of the area is taking care of the animals, the horses and cattle, that would be functionally homeless since the fires. The Bar Lazy J Ranch, about two miles from where Price grew up, and where she worked as a teen, was accepting all livestock during the evacuation.

As a result, the ranch needs support for winter hay supplies. Many ranchers lost their buildings, grassland and feed supplies.

“As we all know, it has been a difficult drought year for hay crops, mountains to the flatlands of Nebraska even before the devastating loss of pasture and feed due to the fires. Yet, I have to ask others to help if they can in an effort to feed these animals,” she said.

Price added one of the ranches that they are helping is C Lazy U. The C Lazy U lost all of its hay supply, barns and several buildings. They had to evacuate their 200 head of horses twice, and just recently moved back home.

Price hopes to send a load of feed to the Grand County ranchers.

“I’ve found a semi load of nice alfalfa for the price of $5,000-$5,500 delivered to the Bar Lazy J. Bar Lazy J will accept any feed but most animals up there are used to being fed grass hay,” she said. 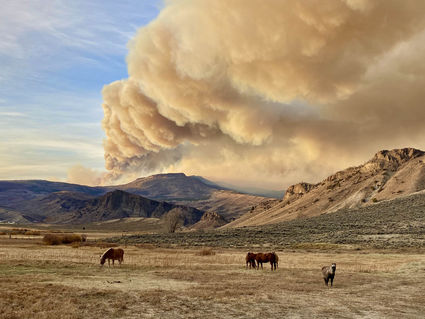 She asking anyone who knows of good grass hay for sale or grass/alfalfa mix to contact her, or if anyone would like to help with the project. Funds can also be donated to purchase a bale or hay or alfalfa.

Price said if she cannot raise enough funds to purchase a truck load of feed, what she receives will be forwarded to Tamara Yurich, ranch manager.

For more information, or to donate to feed for the Grand County horses, call 970-580-2576.getting what they needed. She was also given an address for people to gift cards which would then be distributed to the people who had lost their businesses and homes.