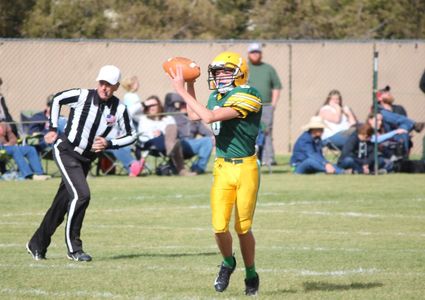 Peetz’s Bulldog Football team dropped its fourth consecutive contest with a loss to the Prairie Mustangs Friday night in New Raymer, 67-to-14.

A scoring burst at the end of the second quarter followed by a long opening drive narrowed the deficit and gave the Bulldogs some hope, but the Mustangs were able to force turnovers and put the Bulldogs away in the third quarter.

Peetz had faced the New Raymer team prior to the reopening of High School football in the Colorado Rural Football League in September and lost 50-to-6, but started this game with an eight play drive featuring a three man l...