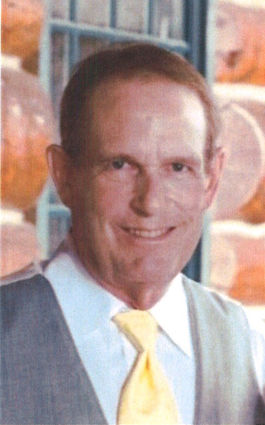 Duane Dean Meier, age 64, of Sidney, NE, passed away peacefully at Sidney Regional Medical Center on Wednesday, December 2, 2020 with his daughter, Megan, and a team of dedicated nurses by his side.

Graveside services will be held at 2:30 P.M., Wednesday, December 23rd in the Greenwood Cemetery in Sidney, with Pastor Chad Rademacher officiating. Cremation has been held. Friends may stop at the Gehrig-Stitt Chapel on Tuesday, Dec. 22nd to sign Dean’s register book and leave condolences for the family.

Memorials can be made to the Barbara Davis Center for Childhood Diabetes, 1775 Aurora Ct, Aurora, CO 80045.

You may view Dean’s Book of Memories, leave condolences, photos and stories at http://www.gehrigstittchapel.com.

Dean was born in Sidney, NE on January 25th, 1956 to Daryl and Jean Walker Meier. He grew up on the family farm west of Sidney with his four siblings, Karen, LaVern (Butch), Doug and Carolyn. He graduated from Potter High School in 1974 and chose to follow the family heritage of farming. While being the owner and operator of D&M Pork, Dean was also busy with his three children, Jeffrey, Stephanie and Megan. For the past five years, Dean was employed as a sales associate with Bomgaars and genuinely enjoyed his job and his co-workers.

Dean was a devoted “Husker” football fan and made trips to Lincoln to attend games in the fall. He was always sporting a “Husker” ball cap, t-shirt or jacket everywhere he went. He had several mini hobbies, but his favorite was to work on old cars. He was always tinkering in the garage even if it took him months to get one up and running. He was one to not rush into things as slow and steady wins the race. He was always known to be the last one to leave the dinner table as he was never in a hurry to rush though his meal. Dean had a smile that could brighten anyone’s day and loved to laugh. Playing pranks and teasing was always on his agenda and knew how to get everyone to laugh. He enjoyed spending time and playing with his grandchildren even though they wore him out running around the house. He gained the nickname Grandpa Bean and will forever be known as this.

Dean fought hard the last two months of this life. He never complained of hurting even though he was in pain. However, he still had his spunk to tease the nurses who took amazing care of him.

Dean was preceded in death by his daughter Stephanie Meier, parents Daryl and Jean Meier, and brother-in-law Ed Bivens.