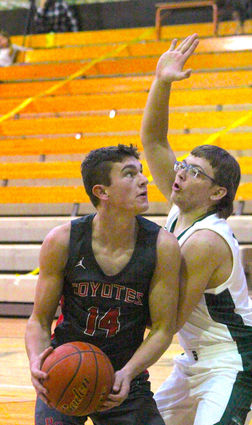 Both Creek Valley Storm Basketball teams are having a rough start to their seasons, with the Lady Storm relying on young players mixed with a few veterans to improve, while the boys team has surprisingly been unable to secure their first win despite their height and experience.

On Tuesday, both fell to the St. Patrick’s Irish teams, with the girls squad falling behind 31-to-1 in the first quarter, and ending up on the wrong side of a 64-to-14 final.

The boys team could not keep pace with the high scoring St. Pat’s team, falling behind 50-to-17 at the half and falling by a 72-to-24 final score. 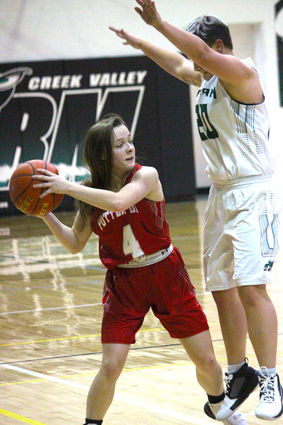 On Thursday the teams hosted Bayard, and again the girls fell behind quickly to a tough Lady Tigers team, offering little resistance on their way to a 54-to-10 defeat. For the boys, seniors Justin Ningen and Oakley Hodges both had double digit scoring games with 14 and 12 points each, but it wasn’t enough to stop the high-scoring Bayard offense and the Storm lost 71-to-34. Junior Drew Fraass had 10 rebounds in the defeat for the Storm.

On Friday, the teams hosted rival Potter-Dix, and the Lady Storm’s opportunity for a win was foiled by a Lady Coyotes squad that wouldn’t quit and ended up with a heartbreaking 49-to-46 loss in double overtime.

The boys team fell behind early to the speedy Coyotes offense, and could not overcome a big first half deficit en route to a 76-to-48 loss.

The teams next play at the Perkins County Tournament on Dec. 21-and-22.