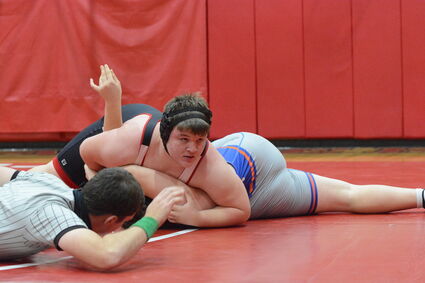 Sidney Head Coach Beau McConnell said his team had a good week of preparation going into the tournament, and looked for a strong showing from his boys. Sidney had nine wrestlers medal, including three first place fin...