By Mike Motz
Chatter from the Cheap Seats 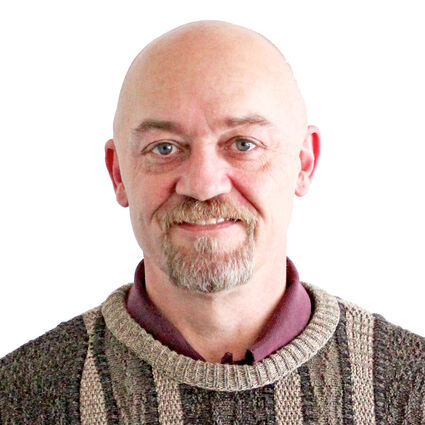 The numbers are out, and here’s a real shocker: pro sports viewership ratings are continuing to dramatically decrease. They can blame COVID all they’d like, but common sense tells you people’s inability to go to the game would lead to an increase, not decrease, in television viewership. With ratings declines ranging from really bad to disastrous, it’s pretty clear that the general public smells the con. And that con is sports leagues merging with phony social justice activists and inflicting their propaganda and bullying tactics on sports fans.

Notice, the term I used is “phony social justice.” That’s because most Americans will rally in favor of causes, even “social justice” causes, if they ring true. But they won’t be receptive to Cultural Revolution-style struggle sessions administered by multi-millionaire television personalities. Change and adjustments of beliefs can and do happen, albeit too slowly for many. Sports programming has historically been a fertile avenue to evolve change, when the cause is true. But fair-minded people won’t warm to phony causes obviously used for political and monetary gain by unsavory groups and organizations.

One of the most famous and definitive sports highlights of the modern era is black athlete Jesse Owen’s triumph over Adolf Hitler’s “Master Race” of athletes in the 1936 Munich Olympics. As African-Americans at home were being denied civil rights and treated as second-class citizens, Owens’ triumph made headlines across the world and gave Americans a sense of pride. It also brightened the spotlight on the United State’s civil rights inequities of the day. Although treated as a hero and glad handed by the public on his return from Munich, Owens was unable to translate that good will into monetary success at home. After the parades and interviews were over, Owens was still a Black Man in in pre-Civil Rights Era America, and struggled.

After the Olympics, Owens did not travel and compete in the next competition in Sweden as scheduled, but opted to return home and “cash-in” on his Olympic notoriety. Furious with his decision, the U.S. Olympic Committee terminated his amateur status and banned him from future competitions. Less than six months after winning four gold medals in a German stadium packed with 100,000 cheering fans, he was racing a gelding on a track in Havana in front of a few thousands spectators for a couple of bucks.

Famous for being “snubbed” by Hitler not shaking his hand, (Hitler shook no hands after the first day of competition, at the request of the Olympic Committee — Owens did not win his first medal until the third day) few people know now that Owens was actually snubbed by FDR. “Hitler didn’t snub me— it was [Roosevelt] who snubbed me. The president didn’t even send me a telegram,” said Owens.

In fact, the 1936 Olympic Team was invited to the White House, but only the white athletes. Roosevelt never acknowledged Owens’ accomplishments or any of the 18 black athletes on the 1936 team.

No one can look at Owens’ circumstance and not see the injustice. But Owens’ experience was used to educate over the years, and with more white and black citizens interacting and working together, especially in a high profile way with sports, change slowly happened and became inevitable. Jackie Robinson broke the color barrier in 1947 and other changes and improvements continued through the 50’s and 60’s until the controversial Black Power salute of the 1968 Olympics highlighted divisions within the civil rights movement and cast a negative light on social justice messaging in sports for the next few decades.

Now after the last few years of Native American activists banging drums in teenagers’ faces, Jussie Smullett’s and Bubba Wallace’s nooses and many other clownish “happenings,” most rational people have learned that these incidents are usually outright hoaxes or at the very least involve way more detail than originally reported. But the activists don’t care about the actual facts, only their “Truth.” They aren’t here to educate--they’re here to enforce compliance through bullying. For example, although the Wallace noose proved to be a simple garage door pull that some bored worker probably tied into a loop many many months before Bubba Wallace ever appeared at that garage bay, certain activist voices declared that those facts didn’t matter, and that NASCAR clearly had a racial problem. NASCAR’s bumbling response to these accusations of racism, without any actual evidence, shows the power of these media vampires.

Causes, when worthy, are embraced by most people who look to help or change an injustice. In recent memory, after 9/11 and Hurricane Katrina all professional sports leagues mobilized their organizations and athletes to partner with the fans and the public to raise funds and rebuild after those devastating events. Who can ever forget Drew Brees and all the good will he built up by helping the people of New Orleans recover from Katrina?

Now we have political organizations trying to affect “change,” truth be damned, while making a bunch of money bullying people and organizations with racial and social justice demands that simply don’t ring true to most Americans. It seems nearly all of the examples of these incidents as some sort of systemic racist conspiracy fall apart upon even cursory examination. And if you’re a person of any fame or notoriety and you point this out, your career will be over if you don’t retract your statement and apologize. Who can ever forget Drew Brees and all the good will he threw away by pointing out the obvious about BLM then immediately apologizing and kissing backside when his career was threatened by the social justice Twitter-mob?

Hey, he would’ve lost millions of dollars if didn’t conform to the mob — what would you have done?

As long as you still have the freedom to switch the channel in private, you may still think you have a bit of influence on these matters of our times. Even as the mainstream channels you switch between are almost all singing the same song, and you’ve noticed many of the alternative channels on YouTube you liked have all suddenly disappeared. In the near future, don’t act surprised when you must watch a 45 second recap of this Sunday’s NFL action (brought to you by BLM™) if you want to watch that episode of “King of the Hill” on Hulu.

So, will you forego your Hank Hill fix to maintain your dignity, or will you watch the 45 seconds to “go along to get along?”

I think you know the answer, and they didn’t even have to threaten to take away millions of dollars from you to get your compliance. Finally, and for your own good, sports will again truly be “Must-See TV.”

I agree with you 100%. I have not watched the NFL since all of this has happened. Thanks for your opinion.