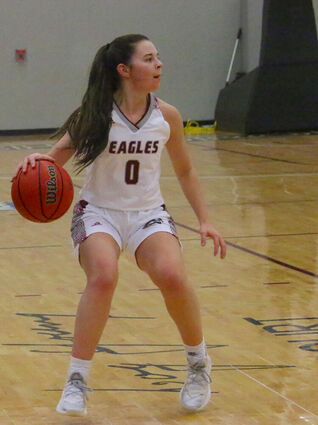 Sidney High School graduate and basketball standout Meaghan Ross is in first year as a redshirt freshman at Chadron State, and although the Lady Cardinal Basketball team has a had a rough start to their basketball season, the former Lady Raider sharpshooter is already contributing to the team.

In the two games, she was 8-for-15 from the field, and hit three 3-point shots in each contest.

Those in attendance were impressed with her performance shooting from the outside,while one of her teammates was overheard saying, “she shoots like this all the time”.

Sidney Lady Raider fans know how prolific Ross can be from beyond the three point arc as she still holds the Lady Raider record for most three-point baskets in a game with seven. Ross broke the previous record of six, which she also held.

The Lady Cardinals travel to Salt Lake City on Saturday to match up against the Westminster Lady Griffins, then host the Ft. Lewis Lady Skyhawks on Jan. 16.