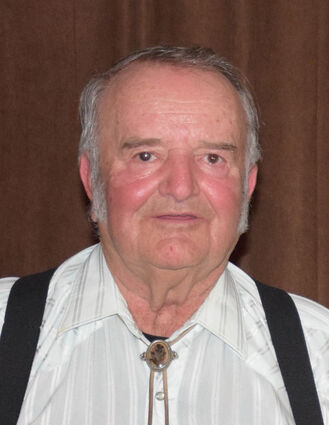 Ted Louis Wittrock, 78, a lifelong resident of Sidney, NE entered into eternal life on Sunday, January 17, 2021 in Denver, CO. Funeral services will be held at 10:00 A.M. on Saturday, January 23, 2021 at St. Paul’s Lutheran Church in Sidney, NE, with Pastor Allen Strawn officiating. Burial will be held in the Greenwood Cemetery. Friends may stop at the Gehrig-Stitt Chapel on Friday from 1-6:00 P.M. to sign Ted’s register book and leave condolence for the family. Gehrig-Stitt Chapel and Cremation Services, LLC is in charge of local arrangements. You may view Ted’s book of memories, leave condolences, photos and stories at http://www.gehrigstittchapel.com. Services will be recorded and available on the website for viewing. Memorials may be made to the donor’s choice or sent to the family for a later designation.

Ted was a hardworking individual and his work history included working for Filsinger Excavating, the City of Sidney serving as Street Superintendent and B & B Sales of Sidney. Ted especially enjoyed attending any and all sporting events at Sidney High School. If he was not able to attend the game, Ted loved to follow radio broadcasts of the Sidney Red Raiders and the Nebraska Cornhuskers. If there was a volleyball, football or basketball game broadcast on, Ted was probably listening to it. Ted was your ultimate handy man, full of knowledge on all levels and could build or repair about anything. Ted loved to share this knowledge with his children and was known by his grandchildren that “Grandpa can probably fix it”. Ted was a hard worker, but he loved even harder. His biggest passion in life was his family. Whether that be his children, grandchildren, siblings or cousins. Ted enjoyed the company of others and could talk well into the night. Ted was very involved in the lives of his grandchildren. Ted very seldom missed his opportunity to attend an activity whether it was a school or church program, school activity or sporting event.