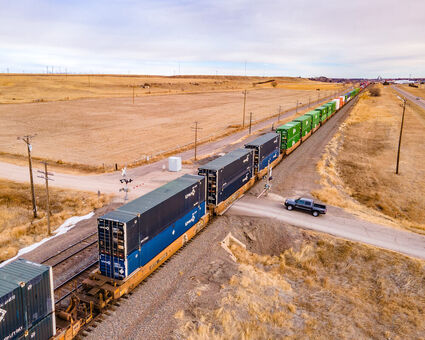 The railroad and Sidney have parallel histories to say the least. Sidney was a stopping point for the westward movement and the gold seekers west and north migration. The Union Pacific was part of that settling process.

More than 150 years since the community and UP were helping each other grow, some Cheyenne County residents see the transportation company as more of a distant cousin, one that doesn't talk much.

In the January 19 meeting of the Cheyenne County Commissioners, Jim Pelster, who lives on north County Road 109, was on the agenda regarding the railroad crossing at Highway 30 and north CR 109. The crossing has been the sore spot off and on in recent time as residents complain of the crossing blocked for extended periods of time.

“There's no reason to block that crossing,” Pelster said Jan. 19.

The issue is there is no official secondary exit from CR 109 if the crossing is blocked. The only option is to use the Union Pacific right of way, which is labeled as private property. Residents of the CR 109 neighborhood admit they have used the road on occasion when the crossing is blocked. It is known by some as “crater road.” The road is a dirt road parallel to the tracks east and west from north Sidney, crossing through a dry creek bed. The challenge is if there should be an emergency, could a fire truck, or an ambulance, make its way through the creek bed.

“I think we need to approach them to get the road improved,” Pelster said. 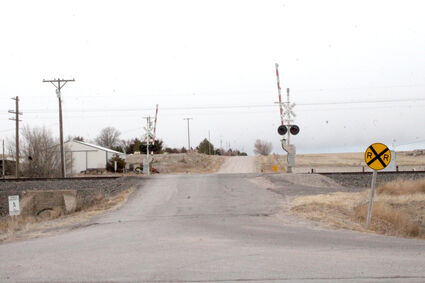 During the discussion, it was said the Nebraska Legislature removed the mandate to split trains after a period of time. County Attorney Paul Schaub said he has researched state statutes and “always finds one thing that makes it not possible to proceed.”

Pelster and the commissioners discussed communication options, reaching out to company officials to report blocked crossings and to seek a solution.

“What's disgusting is they will not answer your call,” Pelster said.

Possibilities of an easement, or secondary road north, is not feasible according to Pelster and Fiegenschuh, because of the terrain.