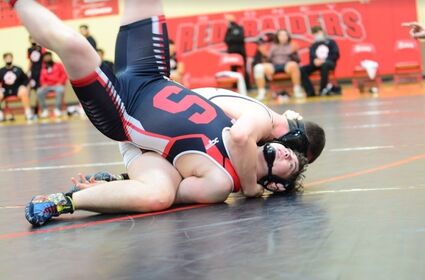 Sidney’s Red Raider Wrestling team hosted a triangular meet on Thursday against Gering and Scottsbluff, and manged a split, falling to Gering 54-to-22 but then recovering to defeat Scottsbluff 44-to-33. Te Red Raiders have had a tough time with the Gering team this season, due to match ups that favor the Gering wrestlers, according to Sidney Head Coach Beau McConnell.

The Red Raiders then traveled to Lexington on Saturday for the John Higgins Invitational, which has stayed with its individual tournament format, with individual places and team scores, despite the COVID-19 pandemic which...