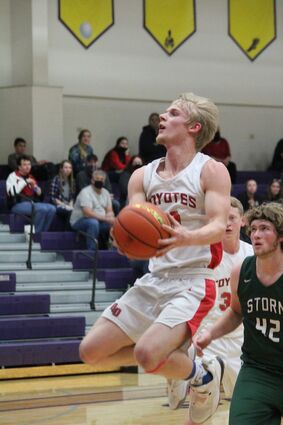 Potter-Dix’s Coyote Basketball team continued its strong start to the season by ripping through the competition with lopsided wins ending in a 49-to-32 victory against Bayard on Saturday night to earn the MAC Tournament Championship. The top-seeded Coyotes used their speed, passing game, and solid shooting from the field for the wins against their conference competitors.

As the top seed, Potter-Dix started the tournament with a bye, and first matched up in the semi-finals against Creek Valley after the number five seed Storm defeated number four seed South Platte Thursday 68-to-64. Potter...