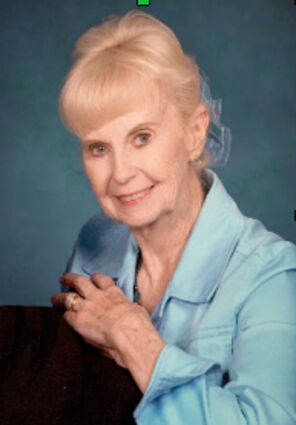 Rexie was born to Rex and Jean Olsen in Valentine, NE on September 8, 1940. She grew up in Sidney, NE and graduated from Sidney High School in 1958 where she was voted Most Talented. She studied ballet and performed on television.

She married the love of her of life, Jim Bickel, on March 3, 1961. When Jim first saw Rexie in the ninth grade, he told his best friend, David Johnson, “I’m going to marry that girl! Some day.” He knew immediately she was the only one for him. After 60 years of marriage, their self-sacrificing love is an example to us all.

Rexie was a loving mother and grandmother who always made everyone feel welcome with a warm embrace and sparkling smile. She made the world’s greatest cinnamon rolls and homemade pasta and enjoyed oil painting, yoga, running and traveling. Rexie loved her church family at Herndon United Methodist, where she served in many clubs and leadership roles for nearly 40 years. She was also a member of the Herndon Fortnightly Woman’s Club. She was a 63 year active sister in the Order of Eastern Star.

Funeral Services will be held at Arlington National Cemetery at a date TBD.