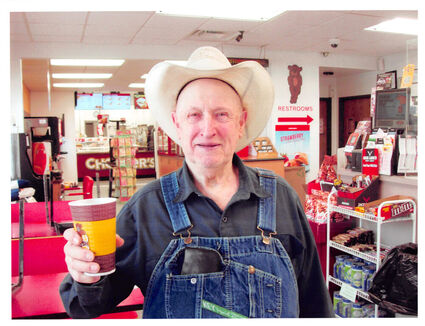 Rolland was involved in Golden Gloves and the rodeo. He enlisted in the Army on his 18th birthday and served from 1954-1956. He was stationed in Korea & Japan.

Herk attended Elkins Institute of Technology in Dallas, TX. He also held a first-class FCC license and had a career as an engineer for radio and television stations.

Rolland is survived by his Children: Rodney (Jolene) Closson, of Newman Grove, and Mike (Lisa) Closson, of Norfolk; one daughter, Tammy (Randy) Sabin, of Gothenburg; two brother-in-laws, Marion McCuiston, who lived with the family and was considered a son, of Newman Grove, and Richie McCuiston, of North Platte; four sister in laws: Mary Jo (Russell) Closson of O’Neill, Terri (Michael) Duca, of North Platte, Jennifer McCuiston and Sandi Luckett, both of Huron, S.D.and 14 grandchildren; 20 great-grandchildren; and many extended family members and friends.

Interment will take place at Fort McPherson National Cemetery at a later date.

Memorials may be given to the Rodeo Grounds.

To sign the online guest book, go to www.blasestrauser.com.