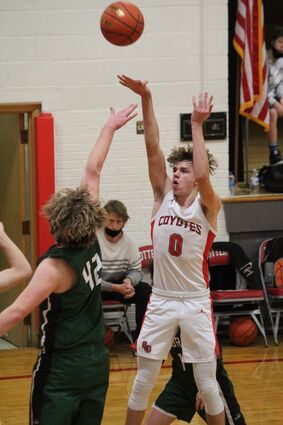 Monday’s contest with Leyton started out as a defensive struggle, with both teams defenses dominating the action until Potter-Dix was able to go on a run and led at the end of the first quarter 13-to-8. The Coyotes’ offense started clicking and continued to score in the secon...