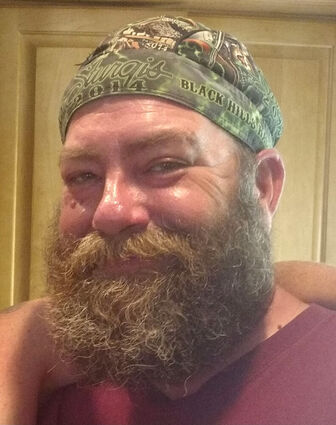 Donald “Don” D. Kope, age 57, of Gurley, NE passed away on Friday, February, 26, 2021 in Sidney. Cremation has taken place and a memorial service will be held Saturday, March 6, at 3:00 PM at the United Church of the Plains in Dalton, NE with Pastor Leon “Bud” Gillespie, PMA, presiding.

Visitation was held prior to service time with the family present from 1:00-3:00, and a meal after, with family and friends invited.

You may view Don’s Book of Memories, leave condolences, photos and stories at www.gehrigstittchapel.com.

Don was born January 19, 1964; his parents were Lewis (Pat) and Imogene Kope. His early years were spent mostly in Bridgeport, with time in Kansas; and Bayard as well, growing up with his brother Lauren. After the death of his parents, he was welcomed into the family of Dallas and Agnes Walker of Dalton (Broadwater). Don went to school and graduated from Leyton High School in Dalton in 1983.

Upon graduation, he enlisted in the United States Army. While stationed at Fort Knox, KY, he met and then married Sandi McMillen. They raised two children, Donald and Brandon. They lived in Kentucky for a time, then moved back to Bridgeport, where he worked for Dudden Redi-Mix.

They returned to Kentucky and he worked moving mobile homes and also drove taxi cab in Louisville. They returned to Nebraska and bought a home in Gurley; their children graduated from Leyton High, as well. He worked at the Egging Company and part-time at Cabela’s for many years.His wife, Sandi, passed away in 2014. He later met his fiancé, Brenda Richhart, and the two of them decided to spread their wings and moved to Florida to escape the cold; he worked for an appliance installation company and then Latham Pools while there.

He was in a severe motorcycle accident in May 2018 and was hospitalized for an extended time, returning to work at Latham Pools while physically recovering (although his traumatic brain injury continued to trouble him). They moved back to Gurley in October 2019 to be close to family. He was currently working at Lukjan Metal Products.

Don enjoyed riding motorcycles, listening to music, singing karaoke, tinkering with cars, and spending time with family. He will always be remembered for his happy smile and his love and devotion to family.