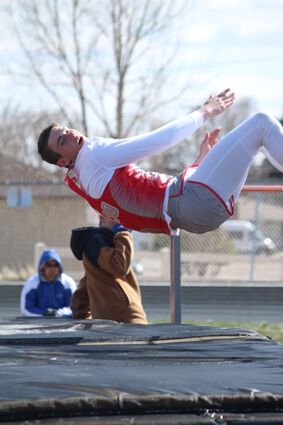 The annual Creek Valley Twilight Invitational Track & Field Meet was held on Monday April 12, and despite a prevalent cold breeze, the competitors were able to get all seventeen events finished by nightfall.

Potter-Dix’s boy’s team placed third overall, followed by the Sidney squad in sixth place and host Creek Valley in seventh. For the girls, Creek Valley came in sixth followed by Potter-Dix in seventh and Sidney in eighth. Ten area boys and girls teams competed in the meet.

Most area teams had other events cancelled due to the snowstorm that hot the area later in the week, but resume with their competitions and make up the postponed events at a later date.