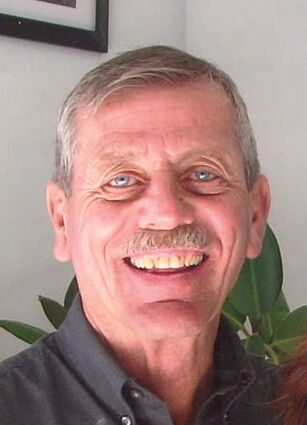 Gaylen “Gayle” Tilghman, 68, of Crook, CO passed away April 27, 2021. A Mass of Christian Burial will be held Tues. May 4, 2021 at 10 am at St. Anthony’s Catholic Church with Father Michael Bodzioch celebrating. Service will conclude at the church.

Gayle was born June 5, 1952, in Sidney, NE to Kenneth and Mary (Klein) Tilghman.  He attended Crook Elementary and High School, and then Auto Tech in Sidney, NE.  Gayle worked at auto dealerships as a body man before becoming a self-employed farmer and body man.

On Dec. 1, 1973 in Sidney, NE, he married his High School Sweetheart, Dora Hernandez.  They enjoyed 47 years of marriage together.

Gayle was a member of the Elks, and his hobbies included body work, farming, playing with grandkids, playing cards and going to Water World with his family.

Gayle was preceded in death by his parents Mary and Kenneth Tilghman; grandson Brady Evans Tilghman, and niece Corrin Koehler.

In lieu of flowers, contributions in Gayle’s name may be made to the Crook Fire Department, St. Anthony’s Catholic Church, St. Peter’s Church in Crook or charity of your choice care of Tennant Funeral Home, PO Box 1547, Sterling, CO 80751.