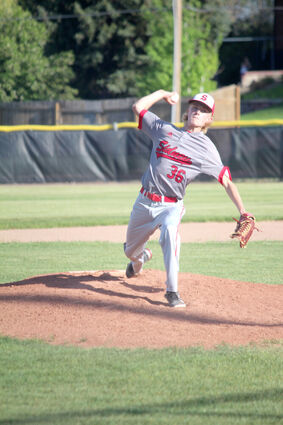 Sidney’s American Legion Post 17 Junior Baseball teams traveled on Friday for weekend tournament action, and endured a battle against the Bridgeport Bombers, coming from behind to grab the 12-to-11 win to open the tournament.

Sidney’s Connor Hurt opened the game on the mound for Sidney, and gave up one hit and five runs over three innings, as the Sidney squad was victimized by misplays and errors to fall behind. Sidney chipped away at the 5-to-1 lead in the bottom of the third, plating two runs to narrow the deficit to 5-to-3. Although the Bombers continued to score, Sidney responded wi...