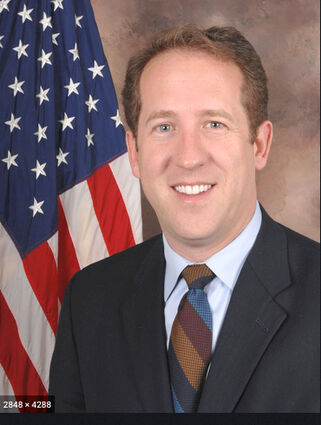 On Memorial Day we set aside time to honor and remember those who put on our nation's uniform and gave their lives in defense of our freedoms. The willingness of many to defend our borders, our freedom, and our Republic is what keeps the American dream alive and the United States a prominent leader on the world stage. We are reminded of the selfless acts of heroism of our armed forces who served in past conflicts and those who continue to serve around the world today.

I recently supported three pieces of legislation to honor our nation's heroes. First, my colleagues and I introduced a Memorial Day Resolution recognizing and honoring those who have died in service to our country. The resolution calls on all Americans to observe Memorial Day as a special day of remembrance, and to observe it with respect, pride, and admiration. I also cosponsored the Global War on Terrorism Location Act, a bill which would formally begin the process of establishing a National Global War on Terrorism Memorial on the National Mall in Washington, DC.

Along with these two bills, I cosponsored the 'Six Triple Eight' Congressional Gold Medal Act, which would award the Congressional Gold Medal to the women of the 6888th Central Postal Directory Battalion, commonly known as the Six Triple Eight. As the only all-Black, all-female battalion to serve overseas during World War II, this Gold Medal would recognize their pioneering military service, devotion to duty, and contributions to increase the morale of personnel stationed in the European theater of operations. These three bills honor the life and legacy of our veterans.

In his speech on the beaches of Normandy to commemorate the 40th anniversary of D-Day, former President Ronald Reagan said, "We will always remember. We will always be proud. We will always be prepared so we may always be free." A sentiment that rang true then and that still rings true now. The rights of every single American came at a cost. Today and every day, we remember that our freedom does not come free.