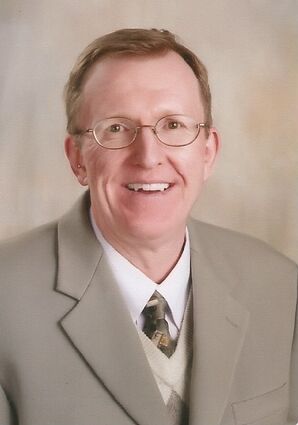 How does one recognize great writing in a novel, a work of history, or a scientific treatise? The typical answers include: if it sells 5,000 copies, if it makes the “New York Times Best Seller” list, if it wins a literary prize, if a literary critic gives his or her stamp of approval, or if it is printed for decades.

Each generation of young people discover for themselves the wealth of ideas that they can dig out of Plato’s Dialogues, Ralph Waldo Emerson’s Essays, or Shakespeare’s plays. Those works have lasted.

Another question. How does one recognize a great teacher?

Years ago, I attended a University of Northern Colorado alumni meeting and met UNC’s president then, Hank Brown. He asked a series of questions: how does a university train a teacher to teach? What variables make a teacher great? How can a school district evaluate their teachers?

We brainstormed for a moment, and came up with some quick answers: effective presentation of content, wise selection of a well-written text, maintain class order, challenge the lazy, direct the smart, and include a fun factor, that is a teacher must present neat and intriguing ideas everyday.

How does one recognize great art, or a great preacher, or great politics, or a great religious faith? Harold Bloom, Yale’s long-time English scholar, wrote a book thirty years ago, The American Religion, and in it he stepped away from literary criticism to write as “a self-appointed religion critic.”

Here is an appropriate question for today. How does one recognize great parents? By a casual look at the calendar, we see we are midway between Mothers’ Day and Fathers’ Day.

Great parents endure many hours seated in a gym / stadium / theater, watching their daughters and sons perform, either a musical or theatrical performance; or a football, volleyball, or basketball game; or a wrestling match; or a cheerleading contest; or a gymnastics meet.

A comment I heard years ago, “The best gift that a dad can give his son or daughter is that he loves his child’s mother.” And, to a child, “TIME=LOVE.” A child measures the depth of a parent’s love by the amount of time that that parent devotes to that child, or at the least, pays attention.

It might make our jobs easier if a scientist could reduce any number of human activities to an equation. If we add x, y, and z, the good things in life, and then subtract out the sum of a, b, and c, the bad parts, we might get q, a successful writer, teacher, preacher, parent.

Is an equation for these items even possible? I wonder, “is there a mathematical law that predicts these kinds of human achievement?”

Three hundred years ago, people did not know that mathematics directed the universe’s motion of planets around the sun, until Sir Isaac Newton, an English scholar and scientists, publishedPrincipia Mathematica, System of the World.

His law of gravity states that if a mathematician multiplies the mass of one body times the mass of a second body, and then divides that product by the distance between the two bodies, squared, she or he will get F, the attractive force called gravity. He gave the world an equation that measures gravity.

Newton’s Law of Gravity “tells us that the motion of bodies within the solar system is determined by a mathematical law.” What other mathematical laws exist that we know nothing about?

In recent days, I have worked my way through a book I found, In Pursuit of the Unknown: 17 Equations That Changed the World. Ian Stewart, mathematician at University of Warwick in Coventry, England, divides his book into 17 chapters, a chapter for each equation.

The first chapter / equation is Pythagoras’s theorem, the second is the logarithm, the third is Isaac Newton’s calculus, and the fourth is Newton’s law of gravity.

I find the seventh chapter most interesting, “Patterns of chance, normal distribution.” Men and women are individuals. No one knows what each will do or say, but Stewart points out, “people en masse behave more predictably than individuals.”

Scientists in the last two hundred years learned of a bell curve when it came to variables of a given group of men and women. Some of those variables include height, weight, crime, births, deaths, test scores, IQ. “No one expected these variables to conform to any mathematical law,” and yet they did.

For example, out of a given classroom, one or two students get an A, one or two get an F, because they are distant from the classroom average. They are outliers. The majority get a B, a C, or a D.

We all can look forward to a modern-day Isaac Newton who will devise an equation that will guide each of us to perhaps, write a novel that will win a Pulitzer Prize, to win accolades as a great teacher, or to parent exceptional boys and girls. Alas, we are too average.