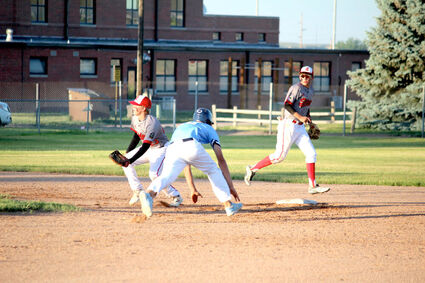 Sidney’s American Legion Post 17 Senior Baseball team hosted the Bridgeport Bombers Tuesday, June 7, and were able to battle back from a four run deficit, scoring 11 runs in their last two innings to take the win from the visitors.

Sidney starter Austin Lulf shut down the Bombers in the first, then Austin Wolfe gave Sidney the early lead by singling, then stealing second and third base and finally scoring on a passed ball. Bridgeport then got their offense in gear, scoring three runs in the second and then two in the third to take a 5-to-1 lead into the fourth inning.

But in the bottom...