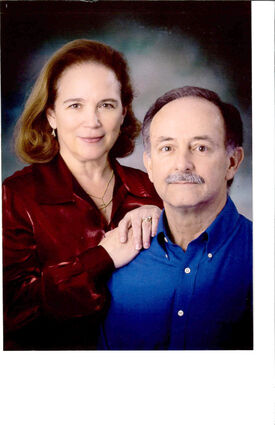 More than 30 years ago, Doug Birky was finishing his degree at Dallas Theological Seminary when he was contacted about a church in Sidney.

He was contacted after the midwest district of the Evangelical Free Church received his resume. He calls the delivery of his resume “another story.” What is real, he says, is he and his wife Carolyn and their family, have been blessed to be part of the Sidney community since 1986.

“We had never imagined we'd be here this many years,” Birky said recently.

He said many churches rotate their pastors on two- to four-year cycles. E-Free Sidney church, they had no connection or interest in Western Nebraska. He is from Illinois and attended seminary in Texas, and his wife Carolyn is from Brownsville, Texas.

He credits his Godly wife as questioning if the Sidney opportunity was the leading of God.

“There was a peace. God wanted us here. We've wondered how long we'd be here,” he said.

Closing 34 years in Sidney, all he can say is “Thank you God.”

Their interest in Sidney grew from the moment they met the people of the church.

“Even though I didn't want to move to Nebraska, I was very impressed with the people,” he said.

He said there were three points that impressed him with the Sidney church: they were excited, they were a growing church (even without a pastor) and they sought the Word of God. He said he and his wife made their decision when they returned to Dallas.

“These are the people we want to be with,” he said.

The Sidney Evangelical Free Church started in 1983, 38 years ago, at a storefront location off of Illinois Street by Pastor Gordon Langley.

“He was here about two years,” Birky said.

The church continued to grow, even without a pastor, until the Birkys were accepted about a year and a half later.

He said the strength of the church is in its membership. He said there has never been a sense of “my church,” or “my congregation.”

“It is our church. This church is not about Doug Birky,” he said.

He said the faithfulness of the members, and those who attend but are not members, is what continues to maintain the church. He said he is constantly amazed at the work done by the members without direction or seeking help. The church has a long list of outreach ministries including children and youth programs (including AWANA, The Upper Room and The Ark), and sponsor 20 missionaries in other countries.

While 34-plus years ago they knew of no reason to move to Sidney, his side interests fit the rural lifestyle. In his time away from the church, he is an avid hunter and fisherman. However, he admits time away is a fleeting concept. It comes with his commitment to the ministry and people of the church.

“We love this town. We raised our children here,” he said. “Sidney has been a real good thing for our family.”

Some of the challenges with 34 years of ministry include saying goodbye. Standing by the congregation as the Cabela's to Cabela's/Bass Pro change occurred took watching members move. They had to follow work opportunities. They were also here when the church moved from downtown to its present location; purchasing the property, building the church building in 1993 and the addition in 2008; all financed through “financial miracles.”

“That was incredible how God provided,” Birky said.

He said he has also been blessed to work beside his wife Carolyn for the 34 years.

The Birkys plan to remain in Sidney. It is their home now. He plans to remain involved in worship music, but will not be a paid member of the staff.

Youth and family minister Kyle Larson, on staff for 13 years, was appointed as the new senior pastor. The church's search committee is in the process of finding a new youth pastor. Until then, a couple from the church has volunteered to lead youth programs.