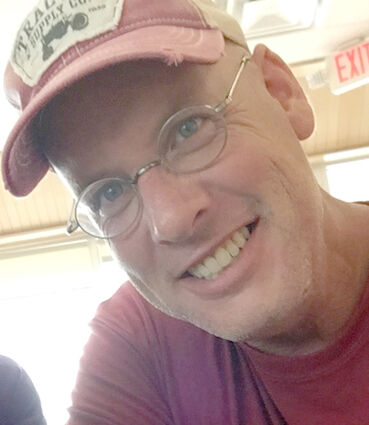 Scott C.M. Johnson, age 49, of Sidney, NE passed away Saturday, June 26, 2021 in Sidney. Funeral services will be held at 10:00 A.M. Friday, July 2, 2021 in the Evangelical Free Church in Sidney, NE with Pastors Doug Birky and Kyle Larson officiating. Burial will be in the Greenwood Cemetery in Sidney. Friends may stop at the Gehrig-Stitt Event Center, 1212 10th Avenue on Thursday from 1-6:00 P.M. to sign Scott’s register book and leave condolences for the family.

The family will be present from 4-6:00 P.M. You may view Scott’s Book of Memories, leave condolences, photos and stories at http://www.gehrigstittchapel.com.

Memorials are being established in care of the family for future designation. Gehrig-Stitt Chapel & Cremation Service, LLC is in charge of Scott’s care and funeral arrangements.

Scott was born on April 10, 1972, in Sidney, NE to Clifford and Donna Johnson. He was born and raised in Sidney, where he attended Sidney High School and went on to farming with his dad. On February 27, 2015, he married Jennifer Reed. He was able to be a dad to Jennifer’s two daughters, Madison, and Morgan, and called them his own.

Scott had a passion for the Church, his family and friends, farming, and life. His favorite activities when he was a child was to either be on the farm or riding his bicycle. When we asked Scott, “What would be on your bucket list?”his response was “I am already doing it… farming.”

Scott never knew a stranger, when going anywhere with him, he was more than happy to share the gospel and talk about farming. Scott was always the life of the party and always managed to make people laugh. He also had a love/hate relationship with his semi, especially while it was trucking season.

He loved to watch and participate in truck and tractor pulling. In his down time, you could always catch him watching YouTube videos of how to become a better farmer. He also may have been known to be attached to a cat or two. Scott will be remembered as always having a kind and loving spirit.

He is survived by his wife Jennifer, his daughters, Madison and Morgan, his father Clifford Johnson of Sidney, sisters Shannon Carver and husband Brian Carver, of Omaha and Terri Rauscher of Sidney, and his cousin Gary Johnson of Sidney, as well as several nieces and nephews, family members and friends.

Scott was preceded in death by his mother, Donna, and his brother, Steven.