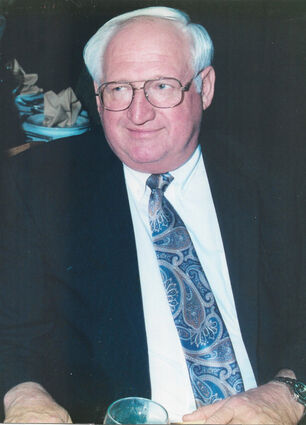 Bob was born May 13, 1941, in Potter, Nebraska. He was the fourth child born to Dean William and Clara Velma Morrow Hagemeister. As a young boy, “Bobby” helped his dad run their family hardware store and the Hagemeister Grain Company while attending and then graduating from Potter High School.

Bob graduated in 1964 from Nebraska Wesleyan University with a degree in business administration. Bob loved to travel and to meet new people. He combined these skills in his employment. Bob worked for Texaco as a district sales manager, operated a Minuteman printing company and sold and built airplane hangars at small airports around the Midwest.

Bob enjoyed flying his Cessna and would frequently pilot his family on vacations around the United States. Later in life, Bob played an integral role in the lives of his grandchildren; making their favorite meals and desserts, walking them to school and acting as the best “grand nanny!”

His family will also remember his skills for great story-telling and his uncanny ability to fix anything. Bob is survived by his two daughters, Karen Hagemeister, Beth Weedon (Russ) and his four grandchildren: AJ, Tessa, Julianne, and Thomas. He was preceded in death by his parents and siblings, Lois Thayer, Bill Hagemeister and Jo Ann Hagemeister. Bob’s family is thankful for the excellent care given to him by Harrison‘s Hope hospice care.

The family is very appreciative of the assistance and compassion he received. Bob wishes to have his ashes returned to his hometown in Potter.