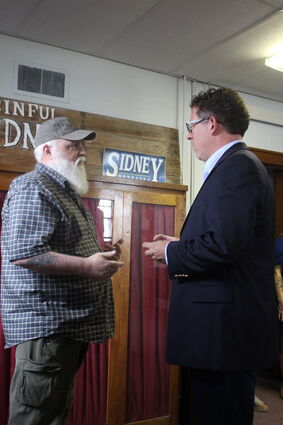 Smith, Republican Representative for Nebraska's Third District, held at meeting at the Cheyenne County Chamber of Commerce to hear concerns and questions from local residents.

He started by saying he is concerned with the proposed infrastructure bill, a package with a $3.6 trillion price tag. He said while it is said that half of the package is paid for, it will be financed by doubling the capital gains tax. The Capital Gains Tax is a tax collected when assets are sold. Investopedia defines Capital Gains Tax as “A capital gains tax is a tax on the growth in value of investments incurred when individuals and corporations sell those investments. When the assets are sold, the capital gains are referred to as having been 'realized.'” The U.S. Capital gains tax only applies to profits from the sale of assets held for more than a year, referred to as “long-term capital gains,” with rates of 0 percent, 15 percent or 20 percent, depending on your tax bracket.

Smith also expressed concern with the SALT (State and Local Tax) deduction, and the “30 by 30” within President Joe Biden's first executive order.

He said the executive order came without details or a clear framework on how the goals would be achieved.

He added that the Agriculture Secretary Tom Vilsack denies it is a land grab.

Smith credited part of the problem to the unemployment stimulus payments. The payments were at $600 in addition to unemployment benefits and then were reduced to $300 per week. The $300 payments are expected to expire this fall, according to Smith. He added Biden has said he won't move to expand the benefits.

“Let's work at using some of those funds as a rehiring bonus,” he said.

Smith added many supply chains were disrupted during the pandemic. 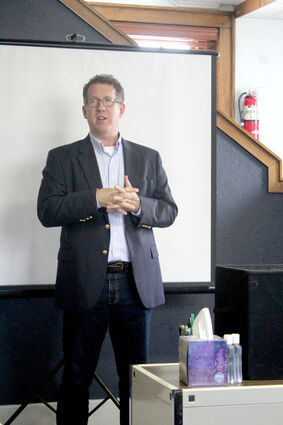 Sidney Regional Medical Center CEO Jason Petik asked about improving the compensation to facilities by the federal government. Petik also noted most of Sidney is free from wearing masks, with the exception of the hospital.

He was also asked if the country has got past the pandemic. Smith affirmed Biden suggested going door to door, then backed down.

Smith said contrary to the challenges highlighted by some media outlets, “we're still the greatest country in the world.” He added Washington, D.C. Is more peaceful than what news shows, and that a country becomes stronger by taking risks.

Meeting with the press after the meeting, Smith said referenced the rule of law as fundamental to border and immigration issues.