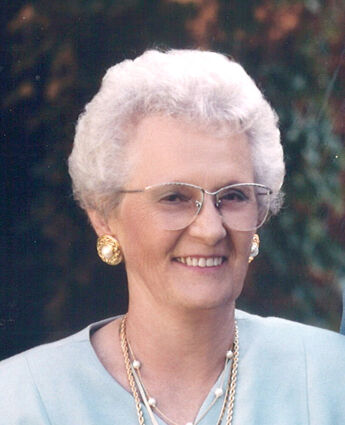 Eleanor A. Gordon, age 93, of Sidney, NE entered into eternal life Saturday July 3, 2021 at Sidney Regional Medical Center Extended Care facility. Memorial services will be held at 10:30 A.M. Friday, July 30, 2021 in the First United Methodist Church in Sidney, NE with Pastor Corey Jenkins officiating. Inurnment will follow in the Greenwood Cemetery in Sidney, NE. Cremation has been held. Friends may stop at the Gehrig-Stitt Chapel on Thursday from 1-6:00 P.M. to sign Eleanor’s register book and leave condolences for the family. Family will be present from 1-4:00 P.M. A memorial will be established to the Sidney Volunteer Fire Department.

You may view Eleanor’s Book of Memories, leave condolences, photos and stories at http://www.gehrigstittchapel.com.

Eleanor Borcher was the oldest child born November 3, 1927, in Sidney, NE to Hilbert and Gertrude (Bales) Borcher. She grew up on a farm northwest of Sidney, attended Bunker Hill school, and graduated from Sidney High School in 1945. She married Maurice “Moe” Gordon on August 2, 1946, and this union lasted 59 years, until Maurice’s passing on March 26, 2006. Together they owned and operated the Texaco gas station at 18th and Illinois from 1947 to 1951, then founded Gordon Wrecking Co. In 1969, the wreckers and salvage business were phased out and the property converted to Gordon Mobile Plaza until 2009, when the business was sold. She was a member of the First United Methodist Church in Sidney for over 75 years, and a past member of the Trail Blazers antique car club.

Eleanor’s passion was her family, and her desire to care for and entertain everyone who came into her home. She always made sure all who visited had a cold (or hot) drink and something to eat. She was spunky and determined about everything she did, including roller skating at an advanced age, resulting in a wrist fracture. She was also a voracious weather watcher. When the clouds started rolling in, she was always on “full alert”; often calling during a storm to ask if it was storming in Lincoln, or Dallas, or Phoenix, or making sure Bill was ready to jump into action if she needed him!

She was preceded in death by her husband, Maurice; daughter, Debbie Grothe; sister, Shirley Raulinaitis; brother, Dale Borcher; and her parents.