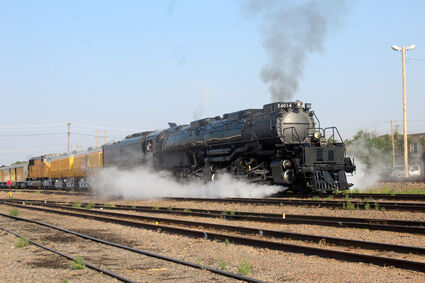 Amid the afternoon sun and heat, a long baritone screech from the past made its way into Sidney.

The Union Pacific “Big Boy 4014” whistled and chugged as it made its way into Sidney minutes ahead of schedule.

The massive locomotive is polished and ready to tour the United States from Cheyenne, Wyo. It is a symbol of how the railroad expanded across the western United States. Built in the 1940s, the locomotive was designed to conquer the mountains while carrying equipment in support of World War II.