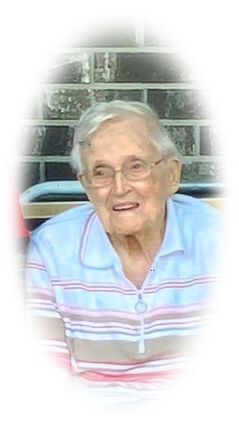 Willa was born October 6, 1928 in Sidney, Nebraska to George and Martha ‘Moseman’ Niemann. Her childhood was spent on the farm in the Sidney area. She was confirmed on April 18, 1943. She married Donald Moeller on December 21, 1957.

They lived and worked on the farm their entire married life. In 1968 she donated a kidney to her brother Bill. Donald died on August 19, 2010 and Willa continued to live on the farm.

She always had a huge garden that she shared with friends and neighbors. She enjoyed everything Cornhusker and the KC Royals.

The funeral will be 10:30am, Wednesday, August 18, 2021 at Immanuel Lutheran Church east of Winslow. Burial will following in Memorial Cemetery in Fremont. Memorials are suggested to the Donor’s Choice. Visitation will be Tuesday from 4-8pm with the family present from 6-8pm at Ludvigsen’s Hooper Funeral Chapel.