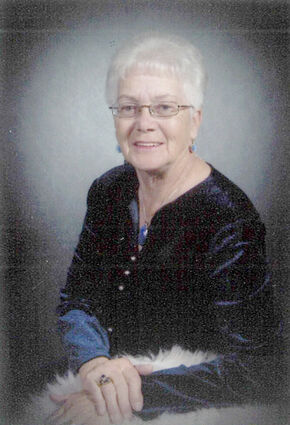 Shirley E. Olson, age 82, of Sidney, NE passed away Friday, August 20, 2021 in Sidney. No services are planned at this time. Cremation has been held. Memorials can be sent in Shirley’s memory to Kingdom Hall of Jehovah’s Witnesses, 484 Deaver Drive, Sidney, NE 69162.

You may view Shirley’s Book of Memories, leave condolences, photos and stories at http://www.gehrigstittchapel.com.

Shirley Eileen Olson was born on September 10, 1938 in Ogallala, NE to Edith (Rowley) and Alfred Peters. The family later moved to Lyman, NE where Shirley attended school and graduated in 1956. It was there that she met the love of her life, Arnold Olson. They were married on June 9, 1957 in Lyman, NE. After living in Colorado for a few years they moved to Sidney, NE where they remained until present. To that union four children were born. Shirley began working in the motel industry as a maid and later became an assistant manager and finally a hospitality host. Sorry were the employees that didn’t get their job done well because she would let them know about it!

She and her husband enjoyed camping, fishing and many summers spent at Lake McConaughy. She loved cats and nurtured many from infancy to adulthood. She loved her children, grandchildren and great-grandchildren.

She is survived by Arnold her husband of 62 years of Sidney, Children Larry and significant other Twila of Crawford, NE, Jerry and wife Diana of Lander, WY, Beverly Schilling and husband Mike of Lexington, NE and Eddie of Sidney, NE, 11 grandchildren and 23 great grand-children. She is also survived by special friend Vonnie Suarez. Special thanks to the Gipfert and Norcott families who were all part of hers.