Ekhart Gets First Win In Return 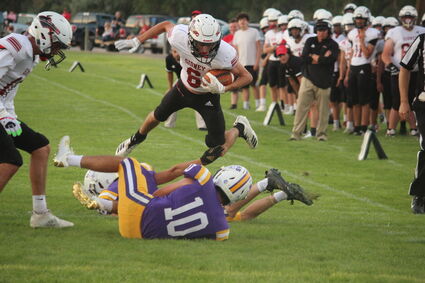 The Red Raiders had five different players score touchdowns and two running backs rush for over 100 yards as the Sidney offensive line opened holes and dominated the Bridgeport defense throughout the matchup.

Sidney started the game on offense, and methodically drove the ball down the field. With senior Nathan Kennedy blasting out b...