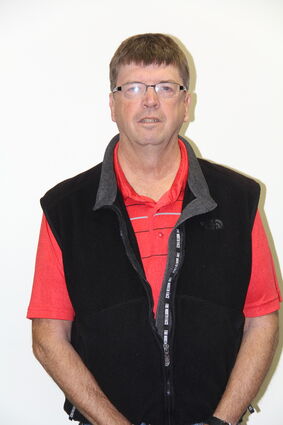 I was interim editor at a nearby newspaper about 20 years ago. I approached the office each day with the goal of turning out the best paper I could with the resources I had, staff and technology.

On Sept. 11, 2001, I entered the building a little earlier than usual, even more focused on my deadline than usual. I had stories to review and pages to design and only a few hours to get it all done.

Then the phone rang.

This call is both expected and odd. It was my publisher asking if I was watching the news. To this day, I remember thinking “well, that is a weird question for this time of morning.” The problem is there was only one television in the building... in his locked office.

The building custodian found the right key and we got the TV turned on just in time to see events unfold that would shake the American mentality for days and years to come. I saw events unfold that looked like replay of a bad movie. One tower was on fire, and a plane flew into the second.

My morning suddenly changed from prepping for a typical day to being an “incident commander” in my own little world with the head-exploding, make decisions on the fly the title implies. The sports writer got his duties done and switched hats to reporter and sent downtown for official comments. The reporter was sent to a school for reactions, and I collaborated with other papers who had resources I didn’t to make our coverage as complete as possible.

The pictures and videos of that moment and the hours following depicted the rush of business and quiet of park or street-side lunches suddenly turning to people running for their lives, many covered in dusk from the falling buildings. They were scenes that didn’t belong in day-to-day life in the United States, not at that point in time. American society was emotionally numb, in shock, over what appeared to be an attack on American mainland.

The following day was probably as telling. I’ve heard countless times the phrase “there are no atheists in foxholes.” We can debate religion and heaven and hell at another time but when a person faces their own mortality, the possibility of an enemy overpowering them, that person begins reaching for meaning and hope in life. As likely happened in the World Wars, churches opened and clergy offered their flock words of hope and encouragement.

Since that day, there have been numerous versions of “what really happened.” Some of the discussion points I’ll admit lead to a harder look of the evidence presented. There are theories of who the real enemy is, and how the storyline presented to the public has many holes in it. What I saw goes deeper than who is guilty and who is the convenient scapegoat. For as many growing pains as we’ve experienced, or caused, in our short 200-plus years as a country, much of it had an implied security; not in every community or every hour of the day, but as a society we weren’t accustomed to buildings being blown up, death counts in the hundreds and thousands, and an apparent assault on the monetary system by a group of men from another country. We’ve had our share of people hell-bent on disrupting society, randomly picking soft targets like it was their job to make Americans more calloused.

If that was part of the objective, it worked. Overall, we have not devolved into a Third World location, but we have definitely become more aware, even in the doublespeak of politics, that not everyone who offers their hand is a friend.

Further, the freedoms defined by the U.S. Constitution must be protected, and are an affront to some on the global stage. Live in awareness, not in fear.