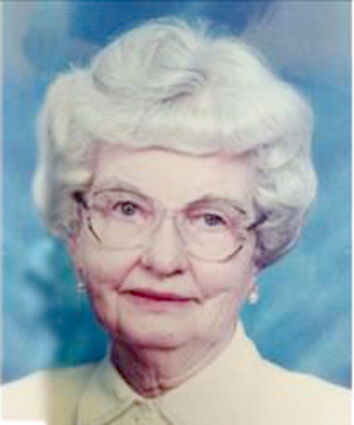 Wilma was born to Floyd and Eva (Dye) Shoemaker on December 29, 1919, in Alliance, NE, where she grew up. She attended Alliance Public Schools, graduating from Alliance High School in 1937.

Wilma was a member of the First Christian Church at Fort Morgan, the Order of Eastern Star, and loved playing bridge with her many friends. She will be remembered as a loving wife, mother, grandmother, and great grandmother.

A memorial has been established in Wilma’s memory for later designation. Condolences may be shared at prairiehillsfuneralhome.com.

A Graveside service will be held Saturday, September 25, 2021, at 2:00 pm at the Greenwood Cemetery in Sidney, NE.

Prairie Hills Funeral Home of Ogallala is in charge of arrangements.