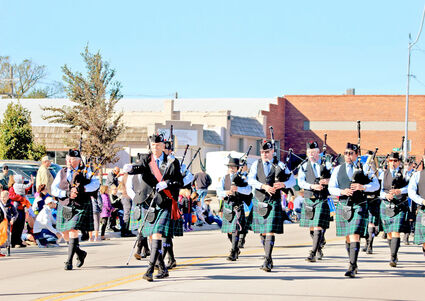 Days are counting until the Oktoberfest returns to Sidney.

The 2021 Oktoberfest is scheduled for Oct. 1-3, returning to the Cheyenne County Fairgrounds after a year absence.

After a short break the music changes some with “Roger Dodger” out of Scottsbluff performing classic rock and roll tunes. The Chadron State Jazz Band is scheduled to be on stage at 6 p.m. with “Princess Show” featuring Disney favorites following at 7 p.m. The Denver & District Pipe Band & Dancers will be on stage at 8 p.m. with the “Midnight Ryders” closing the night.

Friday will also have the Oktoberfest market 10 a.m. To 7 p.m. Including fresh produce, home-based businesses, and more at the Pavilion at the fairgrounds. There will also be a Crafts Fair starting at 10 a.m.

Saturday's activities start with the SRMC O'Fest Run from the Community Center to the Oktoberfest tent at the fairgrounds. The market opens at 10 a.m., as does the O'Fest Four-Person Scramble golf tournament at Hillside Golf Course. Call the Pro Shop for details. The parade is scheduled for 10 a.m. Streets closed for the parade will include Illinois Street from 23rd Avenue to the intersection with Fort Sidney Road to the east from 9 a.m. to 1 p.m.

The 34th annual Cruisin' Class Car Show “Show & Shine” will be held at Legion Park from noon to 4 p.m. Doubles horseshoes will take place at the Legion Park pits; sign-up at 12:30 p.m. and competition to start at 1 p.m.

Saturday concludes with the Husker game televised in the tent beginning at 5:30 p.m. Saturday closes with the “Killigans” funk-punk band performing in the Oktoberfest tent starting at 9 p.m.

The craft and Oktoberfest markets report 10 a.m. Sunday, and food vendors return to their grills at 11 a.m. A church service will be provided at the tent from 11:30 a.m. to 12 p.m. And horseshoes return to Legion Park at 12:30 p.m. Wiener Dog Racesare scheduled for 1 p.m. at the Pavilion. 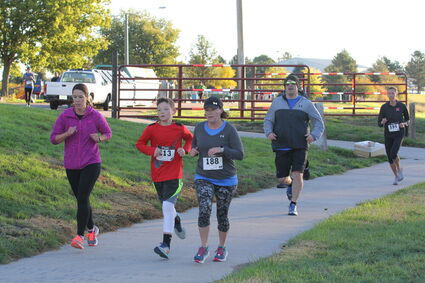 The Oktoberfest celebration dates back to the early 1800s in Europe. According to Oktoberfest.net, Crown Prince Ludwig married Princess Teresa of Sassonia-Hildburghausen on Oct. 12, 1810. The prince later became King Ludwig 1. All of the citizens of Munich were invited to attend the celebration held in the fields in front of the city gate. The closing ceremony at the Theresienwiese (Teresa's Meadow) included a horse race and a a feast for all the region. Repeating the horse race the following year gave rise to the origin of the Oktoberfest tradition.

Yet another version says Oktoberfest was started with an agricultural fair in 1811 to promote agriculture and the Bavarian economy. From 1819, the citizens of Munich assumed responsibility for organization of the festival and it became an annual event.