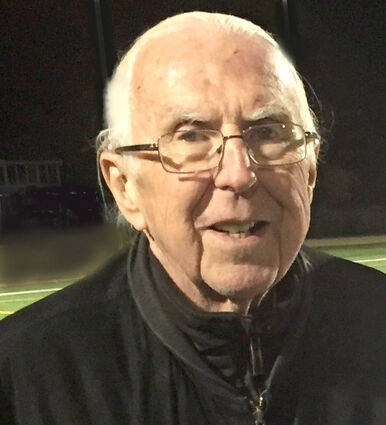 Michael Melvin Merritt, age 77, of Sidney, NE passed away Monday, September 27, 2021 in Sidney. Graveside services were held at 10:00 A.M. Tuesday, October 5, 2021 at the Greenwood Cemetery in Sidney, NE. Cremation has been held. Friends were invited to stop at the Gehrig-Stitt Chapel on Monday from 1-6:00 P.M. to sign Mike’s register book and leave condolences for the family.

You may view Mike’s Book of Memories, leave condolences, photos and stories at http://www.gehrigstittchapel.com.

Mike was born in North Platte, NE on October 29, 1943. He was the only child born to Melvin “Lefty” Merritt and Noreen (Buchfinck) Merritt. Mike grew up in Sidney, NE and graduated from Sidney High School in 1962. He then attended Chadron State College where he was a member of Phi Sigma Epsilon Fraternity and received a Bachelor of Arts degree in 1966. He went on to attend the University of Nebraska where he earned his Master of Secondary teaching degree (1968). He then became a college professor and Phi Sigma Epsilon Fraternity Sponsor at Henderson State University in Arkadelphia Arkansas for 15 years. In 1984 Mike moved back to Sidney to take over Lefty’s, his father’s, business Frontier Music and Vending, which is still operational today.

Throughout his life, Mike participated in coaching youth sports, hunting, golfing and cooking. He was known for his unique recipes and his mastery of the kitchen. Mike was a car guy, he collected model cars and was often seen driving around town in his 1962 Corvette, he often participated in Corvette car shows though out the state and surrounding states. He was excellent at darts and was part of the dart league. Most of all, Mike enjoyed talking and hanging out with friends he met through his business. Later in life, Mike had the opportunity to travel to different states and countries (Alaska, Rio de Janeiro, Hong Kong) where he enjoyed the local customs of each place he visited.

Preceded in death by his parents, Melvin and Noreen Merritt; and stepmother, Diane Merritt.