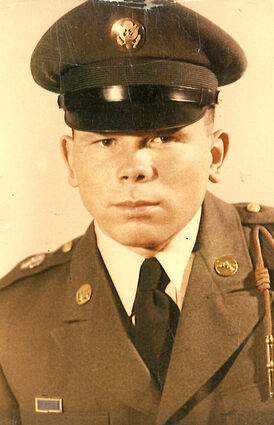 Robert E. Dailey, age 82, of Sidney, NE passed away Saturday, September 25, 2021 in Sidney. A private family service will be held. Cremation has been held. Friends may stop at the Gehrig-Stitt Chapel on Friday, October 8, 2021 from 1-6:00 P.M. to sign Robert’s register book and leave condolences for the family. Family will not be present. Memorials can be made to Disabled American Veterans or Wounded Warrior Project in Robert’s name.

You may view Robert’s Book of Memories, leave condolences, photos and stories at http://www.gehrigstittchapel.com.

Bob was proud of his service to his country in the U.S. Army. He served in the 3rd Infantry Division with the 7th Calvary. After receiving an honorable discharge, he returned to Golden, CO, where he enjoyed hunting, fishing and worked for Associated Grocers.

On April 1, 1967, he was united in marriage to Nancy Rutt at Trinity Lutheran Church in Campbell, NE. They were blessed with three children, Todd, Scott and Denece. In 1978 they moved from Broomfield, CO to Sidney, NE, where he worked for Sidney Public Schools for twenty-two years. Bob enjoyed retirement taking trips with his wife, spending time with family, fishing and watching the Broncos. He was a member of St. Paul’s Lutheran Church.