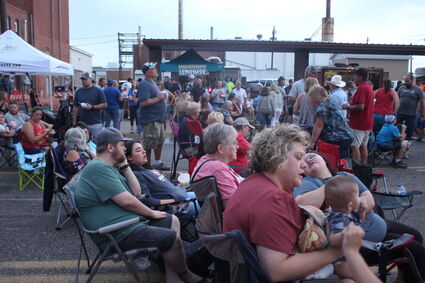 The first concert of the season, July 9, featured Luke Mills. Kuhns estimates Mills' concert drew about 450 people in attendance. Mills is a singer/songwriter and performer from Holdrege. In 2017, he was nominated for Album of The Year for his record title “Reboot.” He has shared the stage with several A-List performers including Dan+Shay, Lee Brice, and Phil Vassar.

“This is one of the largest (concerts to date),” Kuhns said.

The second concert, August 6, featured Braydon Zink, formerly of Logan County, Colo. and recently of Austin, Texas. Zink's concert brought in at least 650 people. His style of music is called down home “real country,” that combines red dirt, outlaw and a touch of southern rock influences.

The third and last concerts of the season, on Sept. 10, featured the Judd Hoos Band. The Judd Hoos Band is based out of Sturgis, S.D. , and had released its new EP, “Not Alone,” in June.

Kuhns said the Judd Hoos Band concert also competed with several other events in the community.

She added the summer events drew the attention of vendors as well with people reaching out to the Chamber asking to be involved in Downtown Sounds.

During the Visitors Committee meeting, Tourism Director Kevin Howard said the July lodging tax is the “biggest ever,” noting it is the largest since 2016.

It was only a few weeks ago, a little more than a month really, the Lodgepole community was busy with celebrating its history and the people of today.

Organizers returned the Old Settlers Day after a year off in part due to COVID-19 health restrictions. The community was overflowing with activity from the parade to the tractor pull. The numerous classic and custom cars, 28 in all, drew the attention of an estimated 900 to 1,000 spectators, according to Maryann Dickinson.

Dickinson was in attendance at the Visitors Committee meeting on Oct. 6. She attended the meeting in support of a grant reimbursement in support of Old Settlers Day. 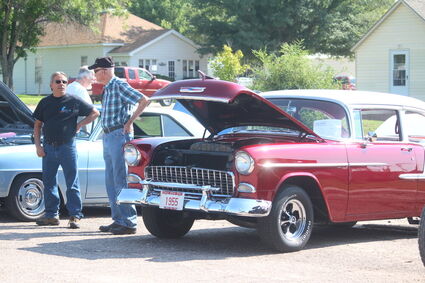 The event was held Labor Day weekend. The weekend included activities for all ages and interests from a 5k run to the Lodgepole class reunion. The class reunion is held on a three-year cycle, she said. Dickinson said organizers were “really pleased with the turnout.”

“We did have a very good turnout. Everything was really, really good,” she said.

The tractor pull, held south of the railroad tracks, displayed mechanical power and driver prowess with a variety of brute strength while catching the attention of 300 to 400 people, she said.

On Monday, the park was full of activity with the numerous vendors in the park. The barbecue lunch was attended by an estimated 650 people, down from the average of about 1,000.