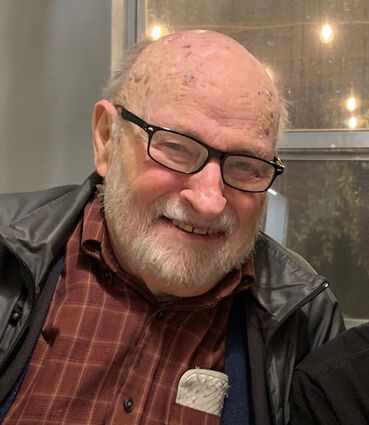 He was born August 6, 1934, to Stewart and Elizabeth (Burns) Brown in Peetz, Colorado. He graduated from Saint Patrick’s High School in Sidney, Nebraska in 1952.

He entered the Army in 1954 and served in Germany. After he returned home, he married Nancy Elizabeth Rankin on December 27, 1958, in Sidney, Nebraska.

Stewart worked for Conoco for many years and eventually worked as Assistant Branch Controller for Conoco Egypt until 1989. He and Nancy enjoyed their time in Egypt making many friends from all over the world. Stewart enjoyed horses and owned three that he kept in stables near the Great Pyramids of Egypt.

After he and Nancy returned to the United States, they both retired from Conoco and operated a ranch near Palestine, Texas. Later, they settled in Denton, Texas where Stewart was office manager for Jackson Hewitt Tax Service for more than a decade.

He loved his grandchildren and went on many adventures across the country with them.

He was preceded in death by his wife, his parents, his sister Shirley Gilley, his brother John Brown and infant sister Patricia Brown.

He was a devout Catholic who was active in his church.

Stewart had a full life that was filled with love and friendship. Family and friends will miss him greatly.

In Lieu of flowers, please donate to the Alzheimer’s Association.