By Joe Reagan
Wreaths Across America

We Said We'd Never Forget: Will We? 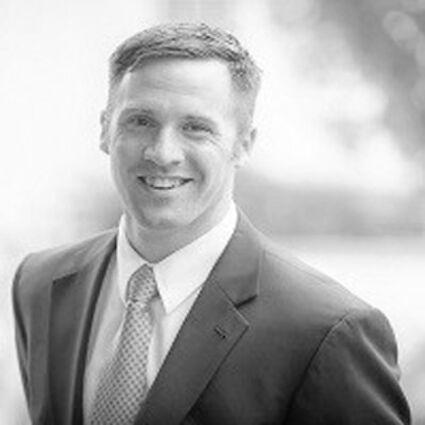 On November 11, 1918, Ralph Lindsey wrote from his hospital bed in France “Armistice signed at 11 o’clock. Grand celebration all over France. War is at last over and I am still alive!”

Later in life if you asked him about the scars on his chest he would simply respond with a shrug and say, “I zigged when I should have zagged.” Ralph was my Great Grandfather, and now, nearly 103 years after he wrote those words our nation once again finds ourselves celebrating the contributions of our Veterans during a period where their sacrifices may be less visible than they have during the past 20 years of war.

After returning from WW1, like many others from his unit, he found tremendous success, he took over the family business, and raised a family. His friends H.A. Durkee and Fred Mower, both former Infantrymen, started a small company based on a unique marshmallow confection.

Another from his unit, Walter Brennan, is one of only three men to win three academy awards, his distinct voice the result of the same gas attack that wounded my Great Grandfather. Take a moment to look at Brennan’s accomplishments – IMDb lists nearly 250 film credits and called him “In many ways the most successful and familiar character actor of American sound films.”

To be clear, the end of the United States’ involvement in the Afghan war doesn’t mean our Service Members are serving without risk.

Our military will continue to execute missions across the globe in support of our national security, some of those more sensitive missions, may never be known to us.

That aside, superficially this Veterans Day will be much like years past with parades, speeches, and free meal deals in honor of the nearly 19 million Veterans living in our communities. Unfortunately, for many Veterans – especially those who served in combat – may see this acknowledgement as at best, shallow and at worst, patronizing.

Even before the fall of Kabul, many Veterans complained that while they believed Americans were genuinely grateful for their service, few cared enough to actually learn about the sacrifices our all-volunteer military makes on their behalf. This civil-military divide is not only impacting the military’s ability to recruit new troops, but also our Veterans’ ability to find meaningful post-service careers.

A few years ago, I was traveling from a conference in D.C. in uniform, I was seated next to a young man who was wearing a sweatshirt from a very prestigious college in the D.C. area. He was clearly bright, affable, and I was enjoying our pre-flight conversation when he turned to me and said, “so you’re in the military, did you not get a chance to graduate high school?”

This is just one of the many, many cringeworthy stories demonstrating the real-life challenges of this civil-military divide. This divide is even more pronounced in Congress where in the 1970s, nearly 80% of the members of Congress had served in the U.S. Military; today, less than 20% of the 117th Congress have ever worn a uniform.

When my Great Grandfather, and Grandfather returned from WW1 and WW2, respectively, they entered a job market that was saturated with fellow Veterans, who understood them and the value they bring to our communities as did our elected representatives.

A congressional study in the late 80’s looked at the return on investment on Veterans programs (e.g., the GI Bill) found that for every dollar spent on Veterans’ benefits, nearly $7 came back to the community through some form of economic output. Having worked with numerous Veterans’ groups since leaving active duty I can tell you, this figure is an understatement.

The truth about our Veterans since the end of the draft in the 70’s has become increasingly diverse as individuals saw (and continue to see) the military as a way to achieve economic mobility. They are smart, driven, resilient, and entrepreneurial – words that most Americans like my seat mate – don’t always associate with a Veteran. After WW2 nearly 50% of Veterans owned their own business, like my Great Grandfather; and most Veterans outperform their non-military peers in the long run.

There is still work to do, while many Veterans thrive in their post-service years others struggle. Veterans continue to be over-represented in the homeless population, court system, substance mis-use disorders, and suicide deaths. These are hard problems, but they are solvable ones.

For the past 20 years Americans have claimed we support our troops, but how we choose to treat our Veterans over the next few years will be the measure of whether we meant it or not. As a nation we put an impossible burden on a small group of men and women who volunteered to serve – fully knowing the hazards of their chosen profession. If we are truly a grateful their service, we will invest in those individuals who have invested so much in our freedoms. Each generation of Veterans have shown time and time again, that when they thrive, our communities, and our nation thrives as well.

Joseph Reagan is the Director of Military and Veterans Outreach for national nonprofit Wreaths Across America. He has over 10 years’ experience working with leaders within Government, non-profit, and Fortune 500 companies to develop sustainable strategies supporting National Security, and Veterans Health. He served 8 years on active duty as an officer in the U.S. Army including two tours to Afghanistan with the 10th Mountain Division. He is a graduate of Norwich University, the oldest private military college in the country.

About Wreaths Across America

Wreaths Across America is a 501(c)(3) nonprofit organization founded to continue and expand the annual wreath-laying ceremony at Arlington National Cemetery begun by Maine businessman Morrill Worcester in 1992. The organization’s mission – Remember, Honor, Teach – is carried out in part each year by coordinating wreath-laying ceremonies in December at Arlington, as well as thousands of veterans’ cemeteries and other locations in all 50 states and beyond.

For more information or to sponsor a wreath please visit www.wreathsacrossamerica.org.