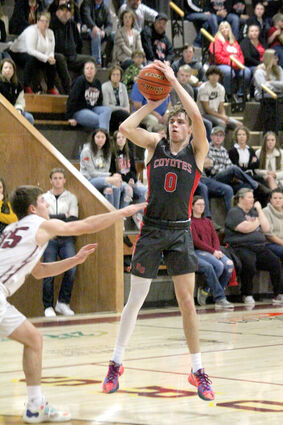 On Tuesday night, there was early season showdown between Potter-Dix and Leyton in Dalton that saw a packed house watch the usual playing order flipped; first a thrilling boy's game then have the girl's game to enjoy after the boy's were finished.

The Warriors came into the contest a strong 4-and-0, with big wins against South Platte and Morrill, ready to take on a Potter-Dix team that's only played two games this far in the season, but has the speed and athleticism to be dangerous regardless of how long they've played together. Led by juniors Justin Ernest with 16 points per game and Dill...