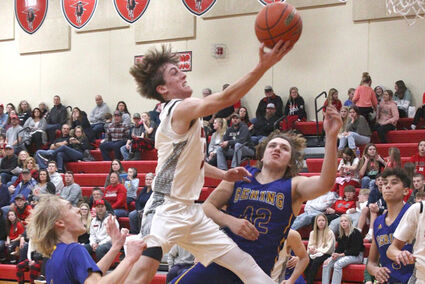 Sidney’s Red Raider Boy’s Basketball team came back from the holiday break Friday night with a big win over Gering, 80-to-64.

Sidney had a fast start, opening with an 11-to-2 run, but the Bulldogs trimmed that lead to just two near the end of the first period. Sidney closed the first off with a four point lead at 13-to-9, then took off again in the second period, burying four three pointers to again build a big lead. But Gering came back with an 8-to-0 run to close out the half and trim the Sidney lead to for a 29-to-25 at the half.

Sidney took over the game in the third quarter, forci...